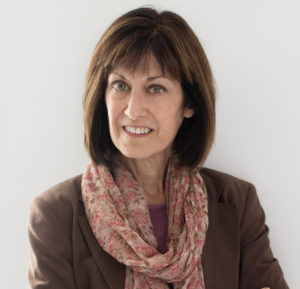 Margaret Kamitsuka is the Francis W. and Lydia L. Davis Professor Emeritus of Religion at Oberlin College, where she taught courses in gender and religion for over 20 years. She received her PhD in religious studies from Yale University and is the author of two books: Feminist Theology and the Challenge of Difference and the newly published Abortion and the Christian Tradition: A Prochoice Theological Proposal.  She also edited The Embrace of Eros: Bodies, Desires, and Sexuality in Christianity and has published essays in The Oxford Handbook of Theology, Sexuality and Gender and in a variety of scholarly journals including: Journal of Feminist Studies in Religion, Religion and Gender and Journal of Religion. Her current area of research focuses on theological ethics related to abortion rights and reproductive justice.

At Oberlin College she was appointed in the Religion Department to develop a curriculum in gender and religion. Over her career she developed courses that addressed a range of topics: the diversity of women’s experiences in world religions; the impact of new theories of gender and sexuality on the academic study of religion; the historical roots of religious feminism in North America; as well as advanced seminars addressing embodiment, feminist approaches to evil, abortion, and motherhood.  Her course “Theologies of Abortion” was recently included in the Elle magazine article, “63 College Classes That Give Us Hope for the Next Generation.”  In addition to teaching in the Religion Department, Margaret Kamitsuka was active as an affiliate faculty member of Oberlin’s Gender, Sexuality, and Feminist Studies Program and was director of that program from 2012—2014.

She currently serves as the editor for the American Academy of Religion’s Academy Series, which partners with Oxford University Press to publish promising new dissertations in religious studies.

She a lay Presbyterian and is married to David Kamitsuka.  They are the proud parents of two sons, now young adults.